The UFC is back for the second straight week, as they grace Tampa, Florida. It’s been a rough road though to get to this point, as injuries and drug doping […] 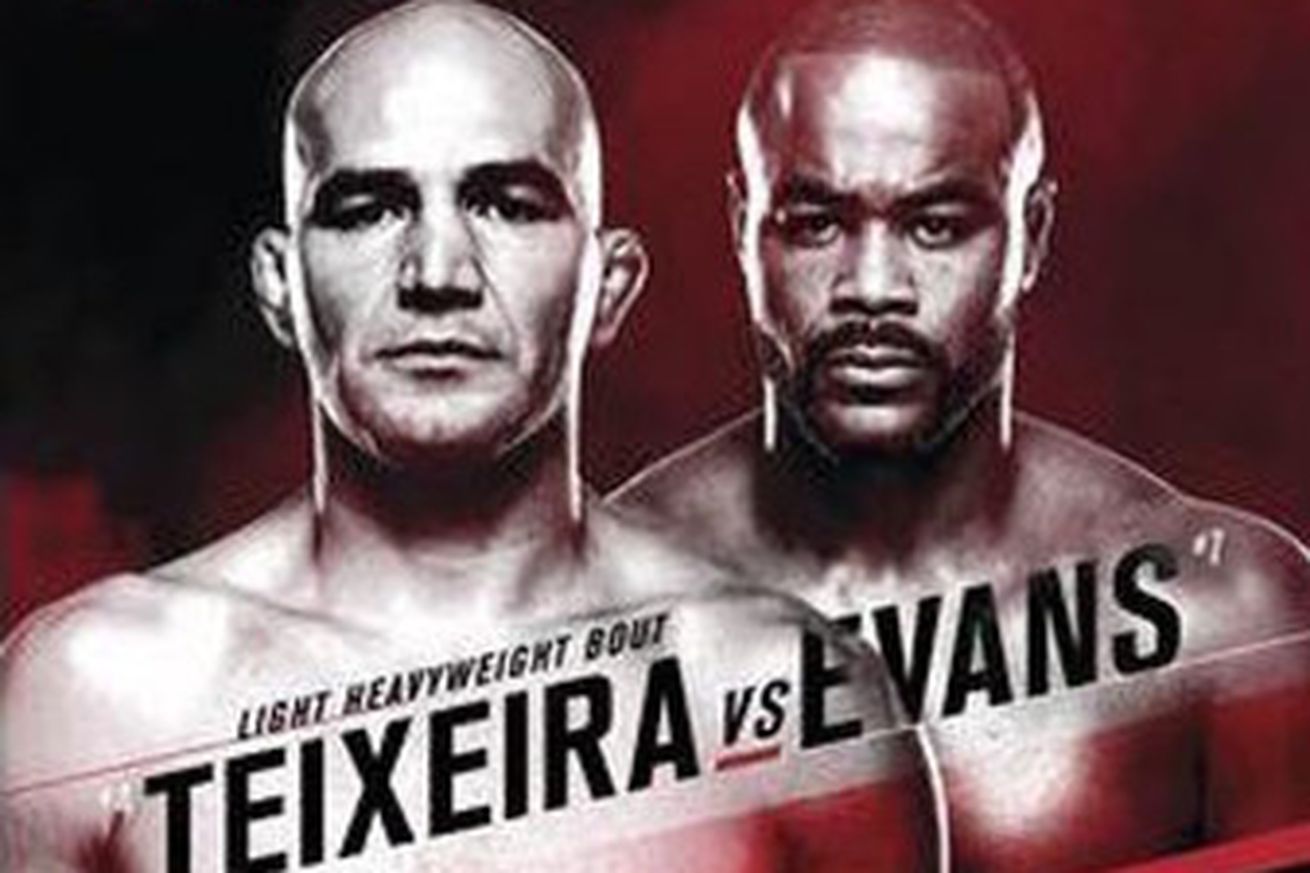 The UFC is back for the second straight week, as they grace Tampa, Florida. It’s been a rough road though to get to this point, as injuries and drug doping have plagued this card. Originally, a number one contender bout between Tony Ferguson and Khabib Nurmagomedov headlined the card.  However, Tony Ferguson was forced off via an injury and in result a light heavyweight bout between Glover Teixeira and Rashad Evans was promoted to main event status. Another hit to the fight card came in the form of drug doping, in which Lyoto Machida admitted to using a banned substance. In result, his fight against Dan Henderson was cancelled and now we wait for the length of an inevitable suspension.  In lesser impact on the card, Caio Magalhães was forced off the card via injury and Islam Makhachev was removed after USADA (United States Anti-Doping Agency) informed the UFC of banned substance in his system. It’s unfortunate that their is a continuance of drug doping in the UFC, but at least it’s getting cleaned up. However, I hate the fact that guys still think they can get away with using banned substances. It hurts the sport, your fans and the one’s who bought tickets to the fight. O well, to the Predictions!

205 lbs.: Glover Teixeira vs. Rashad Evans – I feel for Rashad Evans here, as he’s been plagued by injuries, looked flat against Ryan Bader and now has to fight Glover Teixeira. The same Teixeira that’s on a two fight win streak, submitting Ovince St. Preux (who’s fighting Jon Jones for the interim light heavyweight title) and defeating Patrick Cummins via TKO.  I honestly think that Teixeira keeps the streak going too, as I just can’t see vintage Evans coming back. The injuries and recent poor performance aren’t tell tale signs we’ll see the footwork, movement, high quality wrestling and technical striking that helped Evans not only win the UFC Light Heavyweight Championship, but stay atop the division forever. Let’s hope, but as for a prediction…Glover Teixeira via stoppage in the later rounds.

115 lbs.: Rose Namajunas vs. Tecia Torres – This fight will be a rematch, as Rose Namajunas looks to even the score against Tecia Torres. The first fight happened nearly three years ago, as Torres got the nod via decision. Since, both fighters have evolved, but more so Rose Namajunas in her last two fights. They have dominant victories, really showcasing the true potential of the former Women’s Strawweight title challenger. I think that Torres is definitely a contender and a well rounded fighter, but Namajunas is on another level and I think she is destined to fight for that title again very soon. Namajunas via late submission.

145 lbs.: Cub Swanson vs. Hacran Dias – Solid fight and I like that Cub Swanson took time off to heal up after two rough defeats. Dias has been on a little roll, winning two in a row. However, I feel as if he hasn’t really showed me anything, especially given I considered him at one point to be the future of the featherweight division (I know…). Anyways, the only way Dias wins this fight is he grapples and grinds out Swanson. I don’t think his striking is nearly good enough to hang with Swanson, so if he can’t get this fight to the ground, expect a long night. The one thing on Dias side is that Swanson has been inactive for a year, but that’s nothing too crazy. In fact, like I mentioned before I actually like that he did that and I think we are in for a reinvigorated and reinvented Cub Swanson. With that, Swanson via decision.

155 lbs.: Michael Chiesa vs. Beneil Dariush – Solid fight and as for a prediction, this is a tough call. On one hand you got a well rounded contender in Beneil Dariush and in the other, a superb grappler and tough as nails fighter in Michael Chiesa. The one overall deciding factor here for me is that I’m confident Dariush can grapple with Chiesa, however I’m not confident that Chiesa can strike with Dariush. I think that Dariush is an amazing technical striker and will frustrate Chiesa with his movement, which resembles a guerilla-warefare like style.  With that, I expect Dariush to outpoint Chiesa and earn a decision victory.

135 lbs.: Bethe Correia vs. Raquel Pennington – I hope I don’t sound disrespectful here, but I don’t think that Correia is as good as might believe. She was catapulted into a title shot because she beat Jessamyn Duke and Shayna Baszler, who were two of the self proclaimed four horsewomen (Ronda Rousey, Marina Shafir, Jessamyn Duke and Shayna Baszler). It was a WWE-esque storyline basically and Rousey ended it with a quick and brutal knockout. Also, Duke and Baszler are no longer in the UFC and have gone a combined 0-4 since losing to Correia. In other words, I got Raquel Pennington via a domination…TKO in the second round.

170 lbs.: Court McGee vs. Santiago Ponzinibbio – I’ll tell you this right now, the right pick here is probably Santiago Ponzinibbio who’s actually proved to be a surprising talent in the welterweight division. He’s got legit power in hands, excellent grappling, has shown tremendous heart and an ability to hang with quality opponents. And while I build him up, I for whatever reason believe that the veteran Court McGee will edge this out. McGee is well rounded, makes up for his lack of power in volume and can grind you out. Now, I’m expecting a super close fight…but I’m a take the bearded one, Court McGee via split decision.

170 lbs.: Randy Brown vs. Michael Graves – I was lucky to see Randy Brown’s UFC debut at UFC on Fox 18. He looks like a good talent, so kudo’s to Dana White’s show “Looking for a Fight” in finding him. I also like that he’s from my home state New York, which automatically means he wins this one via decision. 🙂

135 lbs.: John Dodson vs. Manny Gamburyan – Dodson via KO! Love the move up and this fight stylistically does no favors to Gamburyan.
-Prediction came out during this, unacceptable…
– Missed the fight! ARGHHHH